0
was successfully added to your cart.

Golfballplanet has entered you into a free draw for your chance to win 5 dozen free golf balls.

Please check your email, Thank you

History of the Game of Golf

Since the dawn of recorded history, man has been fascinated with games involving a club and a ball. Over the centuries, golf progressed, with the first recognizable form being played in Scotland in the early 1400’s. The game began to present itself in various other forms throughout Europe during the middle ages. At this time, the game generally consisted of knocking a ball from the ‘tee’, trying to hit a predetermined object in the least number of strokes. Over the latter half of the fourteenth century the predetermined object was decided to be replaced by a hole in the ground.

Golf became a major pastime throughout Europe, so much so that the Scottish Parliament was forced to introduce an act forbidding the playing of golf on Sundays to ensure the preservation of archery. Over the next few centuries many refinements were made to the game of golf, improving driver weight, ball trajectory and overall game play.

In 1774 players of Leith Links in Scotland requested to form a golf club and proper rules to be written, and “Articles and Laws in Playing Golf – The Rules of The Gentlemen Golfers of Leith” was formed. The rules stated as follows, ”

1. You must tee your ball within one club’s length of the hole.
2. Your tee must be on the ground.
3. You are not to change the ball which you strike off the tee.
4. You are not to remove stones, bones or any break club for the sake of playing your ball, except on the fair green, and that only within a club’s length of your ball.
5. If your ball comes among water, or any watery filth, you are at liberty to take out your ball and bringing it behind the hazard and teeing it, you may play it with any club and allow your adversary a stroke for so getting out your ball.
6. If your balls be found anywhere touching one another you are to lift the first ball till you play the last.
7. At holeing you are to play your ball honestly for the hole, and not to play upon your adversary’s ball, not lying in your way to the hole.
8. If you should lose your ball, by its being taken up, or any other way, you are to go back to the spot where you struck last and drop another ball and allow your adversary a stroke for the misfortune.
9. No man at holeing his ball is to be allowed to mark his way to the hold with his club or anything else.
10. If a ball be stopp’d by any person, horse or dog, or anything else, the ball so stopp’d must be played where it lyes.
11. If you draw your club in order to strike and proceed so far in the stroke as to be bringing down your club; if then your club shall break in any way, it is to be accounted a stroke.
12. He who whose ball lyes farthest from the hole is obliged to play first.
13. Neither trench, ditch or dyke made for the preservation of the links, nor the Scholar’s Holes or the soldier’s lines shall be accounted a hazard but the ball is to be taken out, teed and play’d with any iron club.

Between 1750 an 1850 the game of golf became the game we know and love today. Many of today’s great golf clubs were formed, and many top players began to gain renown. Golf equipment also began improving, with many of the top ball and club makers work being in demand. Allen Roberston of St Andrews was credited as the first professional golf player and the first man to break 80 on the Old Course in 1853.

During the mid to late 1800’s golf became world renowned. In 1848 the “Gutta Percha” based ball, also known as the “gutty”, was invented by James Patterson. The durability of this ball helped place golf in the limelight of countries worldwide. The first Open Championship was held in 1860, with eight leading professionals contending for the first prize of a red Morroco leather belt with silver clasps. Willie Park lead the game and took the Belt. Young Tom Morris dominated the Open for years to come, and made history with the Iron clubs that were previously only used for bad lies. Young Tom Morris brought these clubs into the mainstream with the help of club maker Stewart in St Andrews.

In 1895, The United States Golf Association was formed along with the American Amateur and Open Championships. By this time golf courses were springing up all around the United States, with over 1000 courses by the turn of the century. Some early US golf courses were, Tuxedo Golf Club, Tuxedo, New York in 1889; Newport Golf Club, Newport, Rhode Island in 1890; Middlesboro Golf Club, Middlesboro, Kentucky in 1890; and Hotel Champlain Golf Course, Bluff Point, New York in 1890. Many early professional golfers in the US were transplanted Scots, many of whom later became teachers and mentors who helped transform the game to a further level of sophistication. Further developments came in the way of the steel shafted club and the rubber-cored ball. America became obsessed with perfecting the golf swing, with many courses dedicating a section of the grounds for practice.

In the 1920’s, golf made a poignant splash in the fashion world. Plus-fours in baggy lightweight material and fancy colors became the trend, matched with the classic Argyle sweater and blazer. Topped off with matching two tone shoes, the golfer was poised with a look of his own in America. The British golfers failed to catch on to this new look of golf until the early 1960’s. Present day golf attire focuses on loose and comfortable slacks, collared shirts and golf shoes. Many prestigious golf clubs designate a strict code of dress, often frowning upon denim, sleeveless shirts and sweatshirts.

To this day golf maintains it’s popularity around the world. The sport is enjoyed by many, regardless of age or origin. The game can be one of serious stakes, or a child and his Grandfather enjoying quality time. Golf is here to stay.

Since there are many kinds of golfers, engineers have devised many kinds of golf balls. Today’s golf balls are the culmination of a variety of disciplines and talents, from material science to physics.. The technology of golf balls has reached an unprecedented level, offering different covers, cores, dimple patterns and compression to best suit golfers’ varying needs. When matched correctly to a golfer’s game, specific golf balls can increase enjoyment as well as chances for par.

Three things are taken into consideratiion when choosing a golf ball; golf ball type, golf ball construction, and playing level of the golfer. 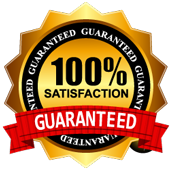 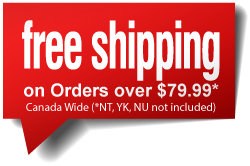 WIN 5 DOZEN FREE GOLF BALLS
Enter your email address for your chance to win!
Your Special Offer will be sent here